Community Radio is a radio service offering a third model of radio broadcasting in addition to commercial and public broadcasting. Community stations serve geographic communities and communities of interest. They broadcast content that is popular and relevant to a local, specific audience but is often overlooked by commercial or mass-media broadcasters. Community radio stations are operated, owned, and influenced by the communities they serve. They are generally non-profit and provide a mechanism for enabling individuals, groups, and communities to tell their own stories, to share experiences and, in a media-rich world, to become creators and contributors of media. 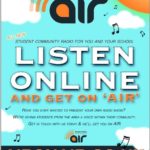 ands for All Inclusive Radio. AIR began its life as a student radio station, streaming to students at Westfield Arts College. The station launched on May 11th 2011 and to celebrate this over 200 helium filled balloons were released into the air of Weymouth.

The station then soon grew and pulled together students from across the locale to jointly broadcast content, such as class projects on the station.

In July the same year the station was invited to the House of Commons as finalists in the Arqiva Schools Radio Station of the Year Awards.

Following the stations success it was opened up online to the local community to contribute to the station outside of school hours, and gain real media and radio experience.

The station was also endorsed by celebrities such as Chris Evans, Johnathan Ross, Carol Vorderman, Chris Jarvis and many more. Scott Mills from BBC Radio 1 appeared live on AIR during April 2012 with presenters Rhys & Scott interviewing the award winning DJ about his life and career. 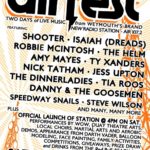 In 2012 AIR received official FM Community Radio Status from OFCOM and the station launched on FM the following year on Sunday May 11th 2013 at 4pm with a massive party on the beach, called AIRFEST!

We have been growing ever since and currently have a strong team of volunteers that work round the clock to keep the station on air. 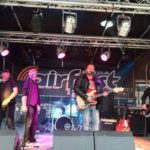 Although AIR is now an OFCOM licensed community radio station the station continues to work with Westfield Arts College to help ignite students’ creativity, boost self-confidence, meet curriculum objectives and ultimately, give students a voice within their local community. Students work towards nationally recognised accreditations whilst having the opportunity to gain real media experience.

AIR now offers the whole community the opportunity to be a part of its success by welcoming volunteers from all around the area to get involved, both on and off the mic. Want to be involved but don’t like the idea of presenting? There’s loads to get involved with. If you would like to get involved please send us a message via the contact us page.

The station broadcasts 24hrs a day via 107.2 FM to the Weymouth & Portland area, online via our website and on all good radio apps.

Start your text with the word AIR followed by your message, and send it to 84433

Email the studio on [email protected] for on-air shout outs and requests etc.

To submit music to be considered for playout on AIR, please tap here.

Email the office on [email protected] for everything else.

VOLUNTEER OPPORTUNITY: Weymouth Carnival CIC is looking for a Treasurer to join the team as they work towards bringing the carnival back in 2024. ... See MoreSee Less

They're on the lookout for volunteers.
View on Facebook