Officers are issuing CCTV images of two men they would like to identify following a burglary at a church in Weymouth.

At around 12.45pm on Thursday 31 March 2022 a man entered St Joseph’s Church in Stavordale Road and was seen to check all areas of the church, before leaving the building.

A second man entered the church at around 5.15pm on the same day. 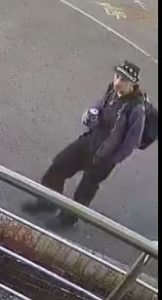 It was later established that a number of electrical items had been stolen from a locked area of the church, including a laptop, ten microphones, two speakers and microphone leads.

Police Community Support Investigator Graeme Williams, of Weymouth police, said: “As part of my investigation I have obtained CCTV images of two men I would like to speak to.

“I would urge anyone with information about their identities to please contact Dorset Police.”

Anyone with information is asked to contact Dorset Police at www.dorset.police.uk/do-it-online, via email [email protected] or by calling 101, quoting occurrence number 55220055233. Alternatively, independent charity Crimestoppers can be contacted anonymously online at Crimestoppers-uk.org or by calling Freephone 0800 555 111.