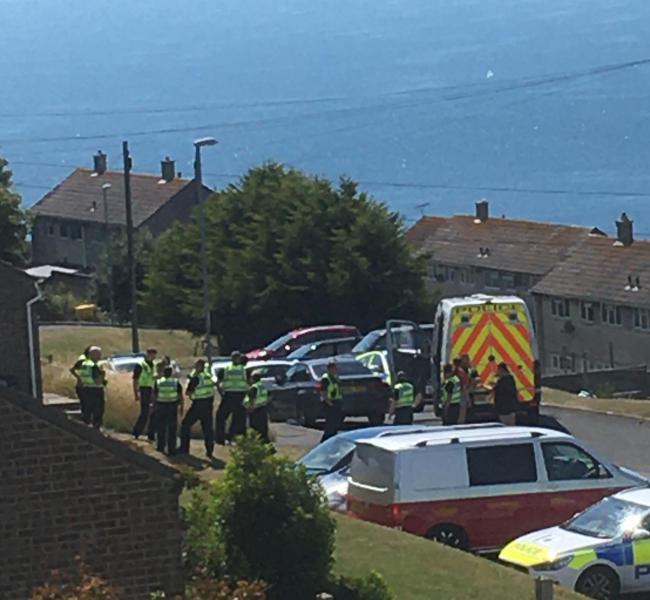 There was a heavy police presence on Portland as a woman was arrested following reports of an assault.

Dorset Police said they responded to concerns for the welfare of a woman alleged to have committed an assault inside a home at Amelia Close on Sunday.

A spokesman for the police said:

“We received a report at around 12.48pm on Sunday concerning the welfare of a woman who had just left an address in Amelia Close after allegedly committing an assault inside the property.

It was reported that the woman was then abusive toward officers who were detaining her and she was further arrested on suspicion of a public order offence.

The woman is assisting officers with their enquiries.