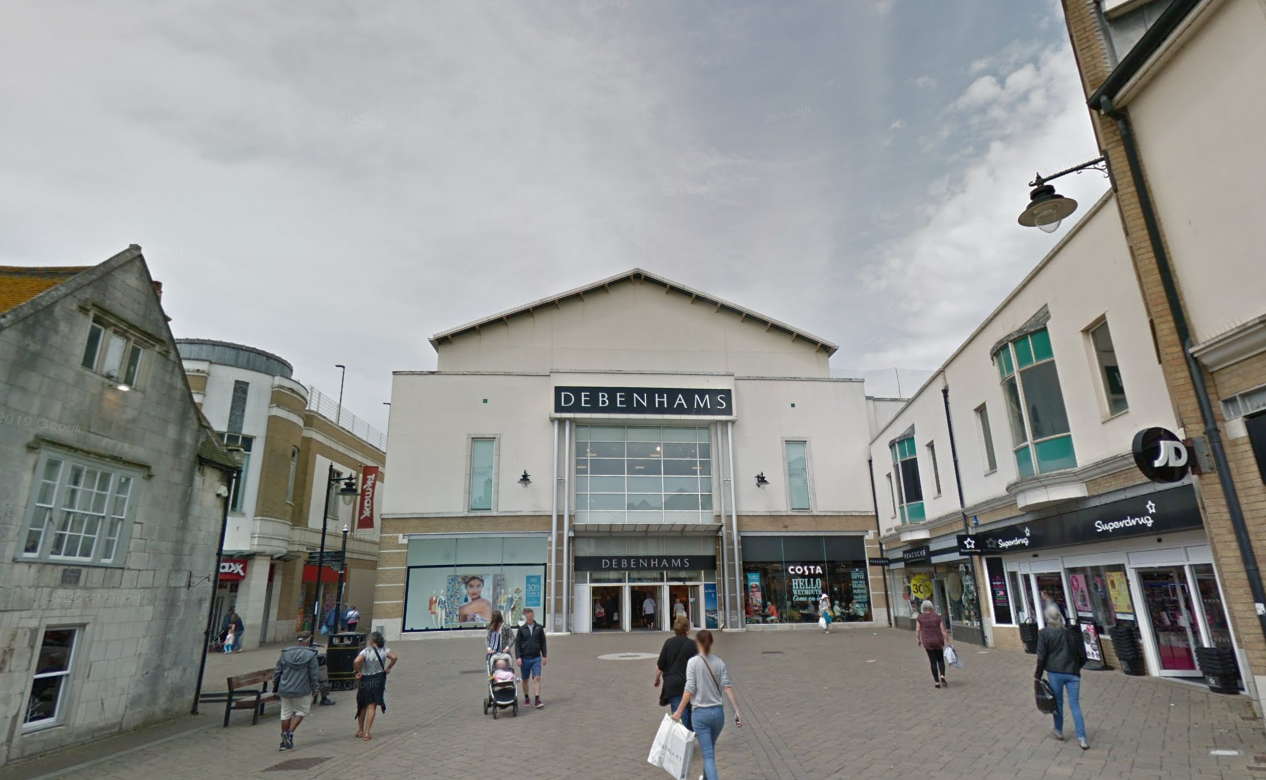 Debenhams in Weymouth town centre has closed its doors for good after 21 years of service. New proposals for The Range to move into the premises in future.

The department store, based on New Bond Street, is among more than 100 branches closing down across the country due to the company’s collapse.

Debenhams, like other non-essential businesses, has been forced to temporarily close its branches during the third national lockdown.

But according to signage posted outside the branch, the store will not reopen.

Signs posted at its entrances read: “Customer notice – Debenhams Weymouth will not be reopening. We would like to thank you for our support over the last 21 years.”

The permanent closure of Debenhams will come as a blow to the town centre – although hopes have been raised about the future of the prominent town centre building may be replaced by The Range.

The Range is a budget department store that sells a mixture of branded and non-branded items, including home, garden, electrical and leisure products.

According to a recently submitted planning application to Dorset Council, a number of branded signs will be installed around the building and on its entrances and replace the existing Debenhams signage.

Iceland will also be moving into the building under the plans, along with an Iceland café. Iceland confirmed the moves as part of its ‘agreed strategic alliance’ with The Range.

A spokeswoman for The Range said:

“I can confirm that we are planning to open a new store in Weymouth, however at present, we do not have any confirmation of a launch date.

“The store will be spread over two floors and will have a family café. It will offer products across 16 departments from home furnishings and accessories to arts and crafts and pet care.”

“I can confirm that 80 new roles will be created at the new store.

“There will be a mixture of full and part-time positions available from Store to Department Managers to Warehouse Staff and Retail Assistants.

“Jobs will be advertised through the local job centre once an opening date has been confirmed.”