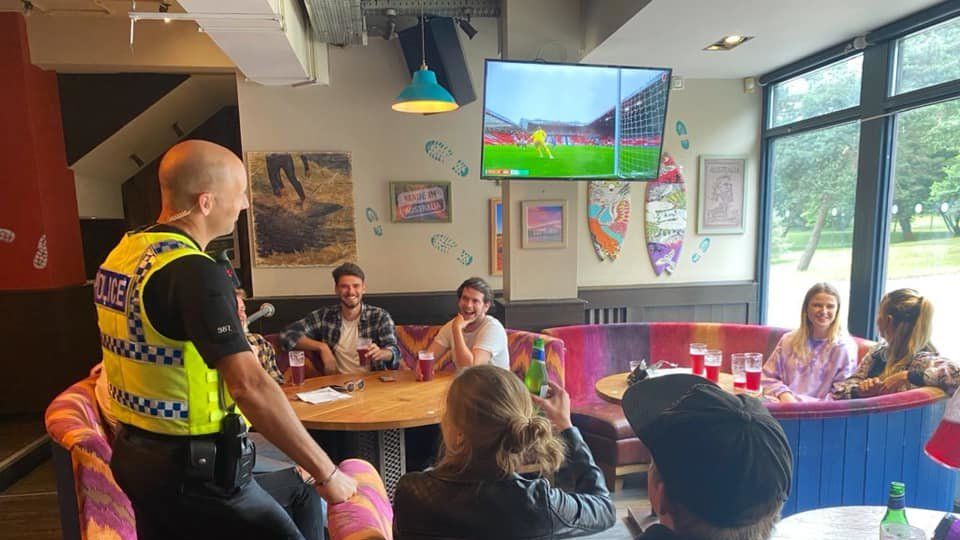 More than 1,000 fines have been issued by Dorset Police to people breaching Covid regulations since March 2020.

Data published by the National Police Chiefs Council (NPCC) on Friday shows a total of 32,329 fixed penalty notices (FPNs) were issued by forces in England and Wales between March 27 and December 21 last year.

The most recent weekly figures showed 542 tickets were handed out in the week to December 17, compared with 821 in the previous seven days.

For face coverings, the NPCC figures showed a total of 958 fines were issued between June 15 and December 20, including 199 on public transport, an average of seven a week.

The remaining 759 were handed out in relevant places such as shops.

Dorset Police has handed out 1,010 fines to people breaching the regulations.

A spokesperson for Dorset Police said:

“Officers have been out in the community throughout the Covid-19 pandemic and have continued to take a sensible approach when dealing with reported breaches of the restrictions.

“Our officers, including our dedicated Covid-19 patrol officers, will continue to use a four Es approach of escalation, where they will engage, explain and encourage people to follow the regulations.

“Where this is not effective, then enforcement action will be taken when reasonable, proportionate and in line with Covid-19 regulations.

“Everyone has a social responsibility to stick within the rules and we would ask that people follow them to help keep people safe and prevent the spread of the virus.”

Nationally, some 6,475 fines were issued during England’s second national lockdown in November, according to the data.

“Enforcement doesn’t and shouldn’t always equal police involvement or the issuance of a fixed penalty notice.”

“It is right for officers to be inquisitive about why individuals may be away from home.

“Those who blatantly ignore the regulations should expect to receive a fixed penalty notice and we’ll target our resources towards those who commit the most serious breaches and put others at risk through their behaviour.”

Unfortunately due to health and safety issues, we’ve had to close Sandsfoot Castle. @DorsetCouncilUK has been notified.

Members of our team noted that two vertical cracks had widened on an internal wall within the castle.