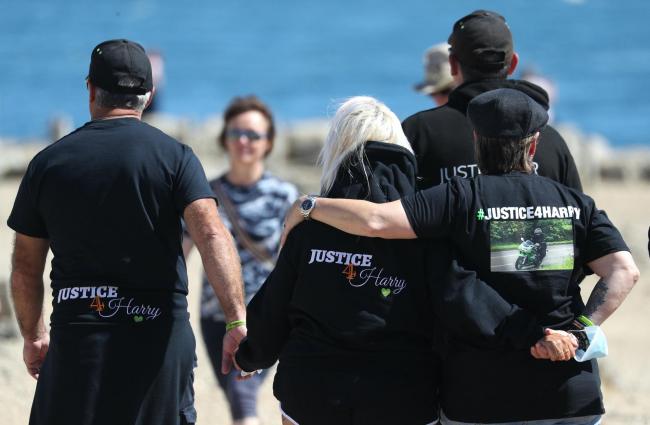 The family of Harry Dunn have said their “final goodbye” to the teenager after scattering his ashes in his favourite place in Dorset.

The 19-year-old motorcyclist has been the subject of an international controversy since he was killed in a road crash in August last year.

His mother Charlotte Charles and father Tim Dunn told the PA news agency they decided to scatter his ashes in Weymouth where the Dunns took their annual family holidays.

July 29 2019 was the last day the teenager was in his favourite town, and Mrs Charles described Wednesday as “the hardest day we’ve ever had to face in our lives”.

Mrs Charles and Mr Dunn, alongside their partners Bruce and Tracey, met with other extended family members and friends in Weymouth before scattering Harry’s ashes in a private ceremony on the nearby island of Portland. 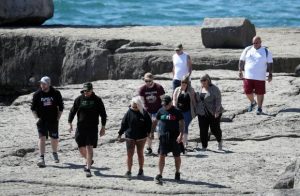 Mrs Charles said although they were “setting him free”, the “fighting will continue” to get US suspect Anne Sacoolas back to the UK.

Asked before the private ceremony if her son’s funeral provided any closure, Mrs Charles told PA:

“No, and we were really numb back then – very much a bunch of zombies, to put it mildly.

“We don’t remember a lot about the first few weeks at all. Obviously we’ve been through so much since then – we’ve been to hell and back on many, many occasions.

“We’re not numb any more, we just hurt all day every day. The hurt is there constantly and it never, ever goes away.

“But now, 11 months on, today is going to be the hardest day we’ve ever had to face in our lives, and I can’t imagine it getting any harder.

“You shouldn’t have to scatter your own child’s ashes.”

Speaking briefly on behalf of the family afterwards, Mr Dunn said the private ceremony was “beautiful” – adding “there was a lot of crying, it was very special”.

“From a very early age, Tracey and I first came with Harry and Niall to Weymouth on our first family holiday back in 2002, and every year we would come back on the same week.

“It became a tradition, and as we know poor Harry died last year and today is exactly the last day he was here – he came for a night with his friends… so it’s a year to the day since he was last in Weymouth and we’re here to scatter his ashes and let him ride free.”

Asked if they had been able to properly grieve, Mrs Charles said:

“I don’t think we’ve been able to grieve properly at all. Of course there are days that are really, really bad and you don’t want to see anyone and you just want to cry.

“There are days that are just so overwhelming that we haven’t had time to properly grieve. Today will help us along the way with that, for sure, but I still don’t think the proper grieving process will kick in until we have had justice done.” 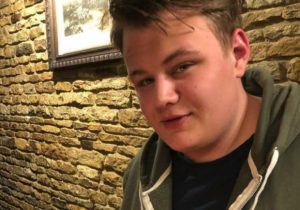