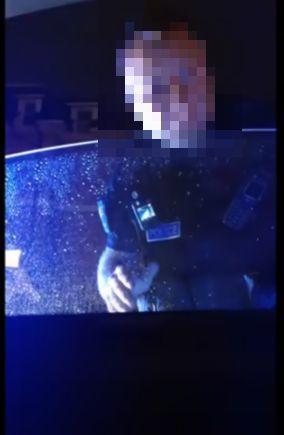 A Dorset Police officer’s conduct will be subject to management action after footage of a vehicle stop check attracted a huge of attention on social media.

The video, which has been viewed more than 425,000 times, shows a verbal exchange between a Dorset Police officer and the driver of a car.

The footage, which was filmed from inside the car and is more than 20 minutes long, relates to a traffic stop that took place in Bournemouth on the evening of October 30 and begins with the officer questioning the colour of the vehicle as being different from what is registered.

At one point the male officer is seen to pull out his baton and he goes on to arrest the driver. The driver was de-arrested at the scene.

A spokesperson for Dorset Police said:

“We have received a substantial number of messages from the public about the video and these are being dealt with in accordance with statutory complaints procedures.

“It is important to note that these views have been varied and have included both criticism relating to the officer’s actions and emails of support for the officer involved. No formal complaint has been received by the Force from the individual involved.

“We have undertaken the statutory misconduct procedures and officers from our Professional Standards Department have reviewed the interaction in its entirety.

“As a result, a determination has been made that the officer’s actions will be subject to management action.

“Although there are always alternative views to a situation such as this, the Force acknowledges that there are issues to be addressed with regards to the way this interaction was managed.

“We expect the highest standards of professionalism from all our officers and we will always carefully consider any occasions where the public feel as though our officers have not met those standards.”