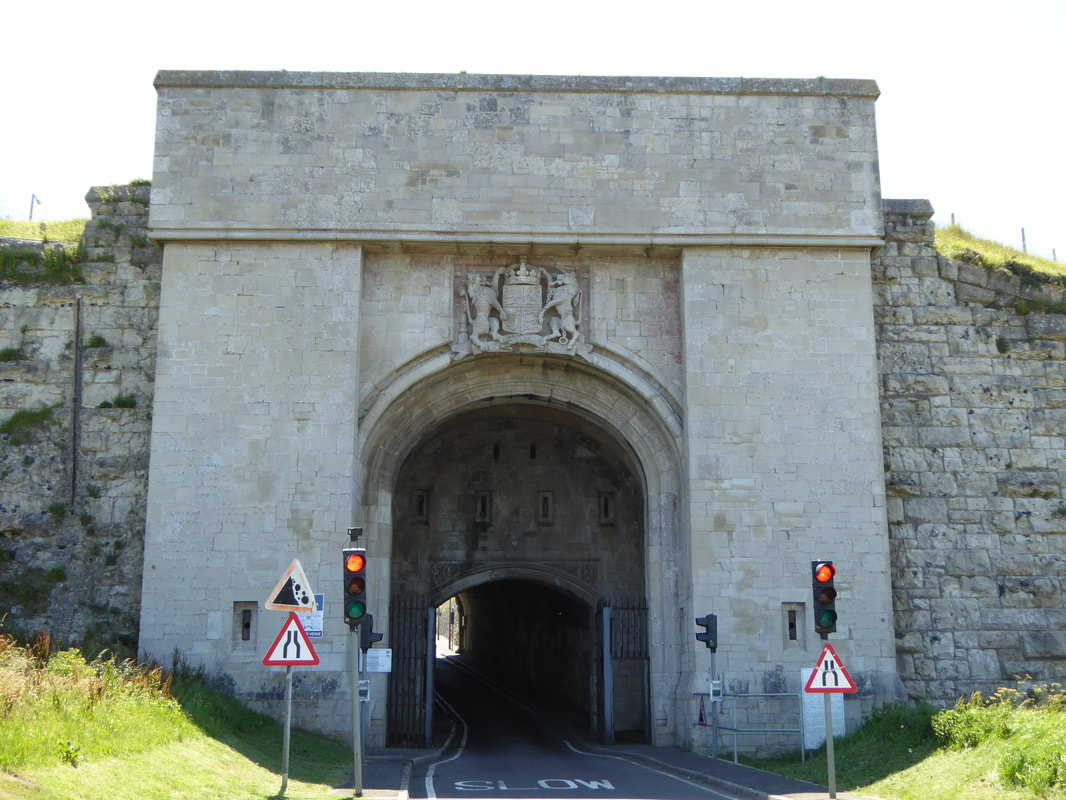 24 Metre radar tower for Ministry of Defence has been agreed for the Verne Prison, Portland.

The largest parts of the structure are expected to be too big for local roads and the entrance tunnel to the citadel prison and may have to be airlifted in by a Chinook helicopter.

The tower will include turning gear and a radar antenna with a new equipment cabin at its base which will be finished in a grey colour and surrounded by security fencing.

The development is part of the MoD Project Marshall contract with the new tower offering mono-pulse secondary surveillance radar for air traffic control purposes for both military and civilian traffic. It is expected to be in place for at least 20 years.

The Ministry already has an existing tower closer to the cliff edge and adjacent to a row of homes – the golf ball shape clearly visible from the approach to Portland  – which will remain in place providing primary surveillance radar.

The new structure will built on a  grassed area to the front of the prison entrance on Verne Common Road.

The structure currently also includes the secondary radar within its dome which experts say will be better placed, separately, in the new unit.

A plan to upgrade the existing radar site was first considered in 2017, but then dropped in favour of the new location which the MoD says better meets “future performance and legislative requirements.

Documents with the application acknowledge that the sites are environmentally sensitive but say all steps have been taken to minimise the impact, while at the same time retaining the effectiveness of the equipment.

“The solution minimises the amount of disruption to local residents by not changing the legacy infrastructure, which is immediately adjacent to residential buildings and concentrating activity at a new site, which is further away from residential areas,” said the report to Dorset Council by the contractors, Aquila.