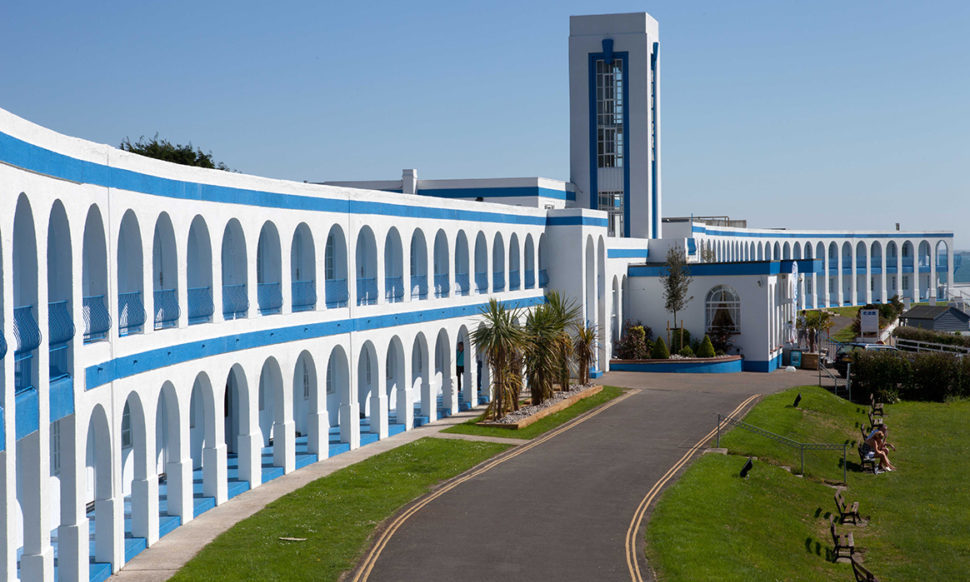 The historic Grade II-listed hotel, based at Bowleaze Cove, has been put on the market with a £5.5 million price tag!

Constructed in 1937 by L Stewart Smith using reinforced concrete, the 98-bedroom hotel has had several owners over the years, including holiday camp owner Fred Pontin and Saudi Arabian investors. It has also undergone a number of renovations – the most recent in 2018.

The distinctive white and blue hotel had reopened to tourists in July before closing down again during the second national lockdown.

The freehold of the 25,000sq ft hotel is now for sale for £5.5 million. An online property listing highlights the hotel’s “stunning” views of Bowleaze Cove and Weymouth Bay.

The accommodation is based in an ideal location overlooking the scenic Dorset coast and is situated nearly three miles from Weymouth town centre and eight miles from Portland. 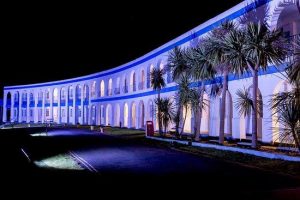 The site features a restaurant, function space for corporate events, special events, weddings and entertainment as well as gym, fitness centre and car park. There is also a private swimming pool with a sauna and a large outdoor pool.

Rolf East adds that the total land plot of 30,000 square metres could be further developed to enhance the hotel and overall site if planning permission is granted.

The Riviera has had a varied history, having served as a wartime hospital by American Forces during the Second World War as well as a holiday camp and hotel.

It was also used as an evacuation centre for Portlanders following the discovery of an unexploded bomb on the island in 1995.

“We Are Weymouth would be pleased to see a successful sale of this iconic hotel that has so many natural advantages and some recently renovated facilities.

“It would be a plus if the buyer was based locally to give the hotel and staff the time and attention that they deserve.”