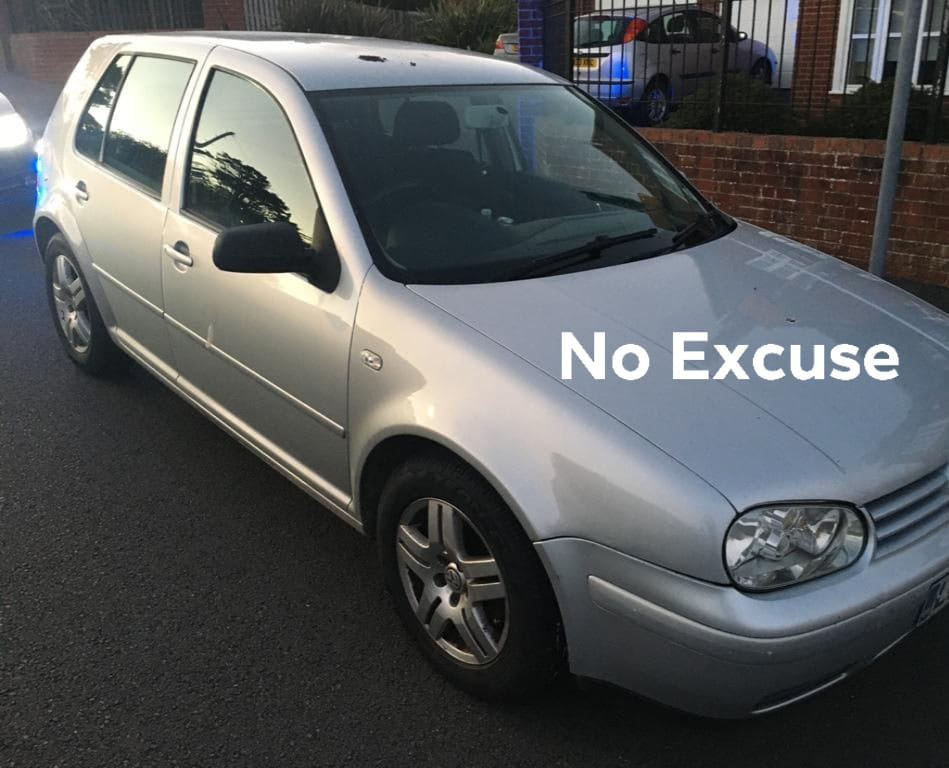 A young driver may need to retake his test, because he was caught driving with no insurance in his first two years of driving.

Dorset Police’s No Excuse Team were down in Weymouth yesterday conducting speed check on Rodwell Road & Franchise Street. However, no speeding offences were recorded.

Although, the team came across a VW Gold TDI on Rylands Lane being driven without any insurance. The vehicle was seized by the team, and the driver reported for the offence.

A spokesman from the No Excuse team said;

“The driver stated he doesn’t know why the insurance was cancelled in January because his mum organised it! To make things worse he’s in the first two years of driving so he might now need to retake his test.”

The No Excuse Team have put out a message stating make sure you check you have insurance. Police are continuing their crackdown on drivers who insist on driving with no insurance.

“Everyone has a social responsibility to stick within the rules” https://air1072.com/local-news/dorset-police-have-issued-1000-fines-to-coronavirus-rule-breakers/