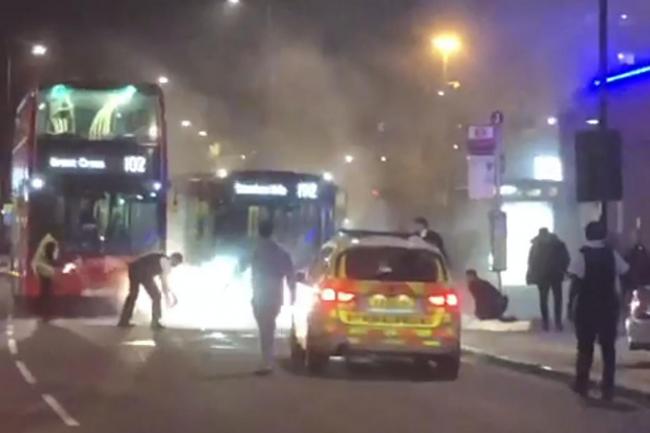 Video footage shows a man pouring a liquid onto a road and lighting it on fire moments after a car crashed into a north London police station.

Scotland Yard said Edmonton Police Station on Fore Street was evacuated after the vehicle struck the building shortly before 7 pm on Wednesday.

Footage posted online shows a man leaving the car and pouring a substance onto the road from a container, as onlookers watch on in horror.

Standing in front of a double-decker bus, he then sets the liquid on fire.

Witnesses can be heard shouting as a police car pulls up and officers run out to tackle the man at a bus stop metres away.

Another police officer appears to use a fire extinguisher to put out the flames on the road. 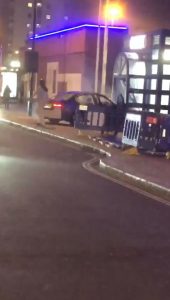 The Metropolitan Police said a man had been arrested in connection with the incident.

Peter Allimadi, 30, from Edmonton, who works in Whitehall, said he heard “shouting, a loud crash and sirens from everywhere”.

“I came out of the Lidl to see what the commotion was about, police screaming instructions to citizens to back away, some scared shoppers, commuters and parents running from the scene.”

The vehicle remains at the scene and is being examined by specialist officers, the Met added.

A police cordon is in place.